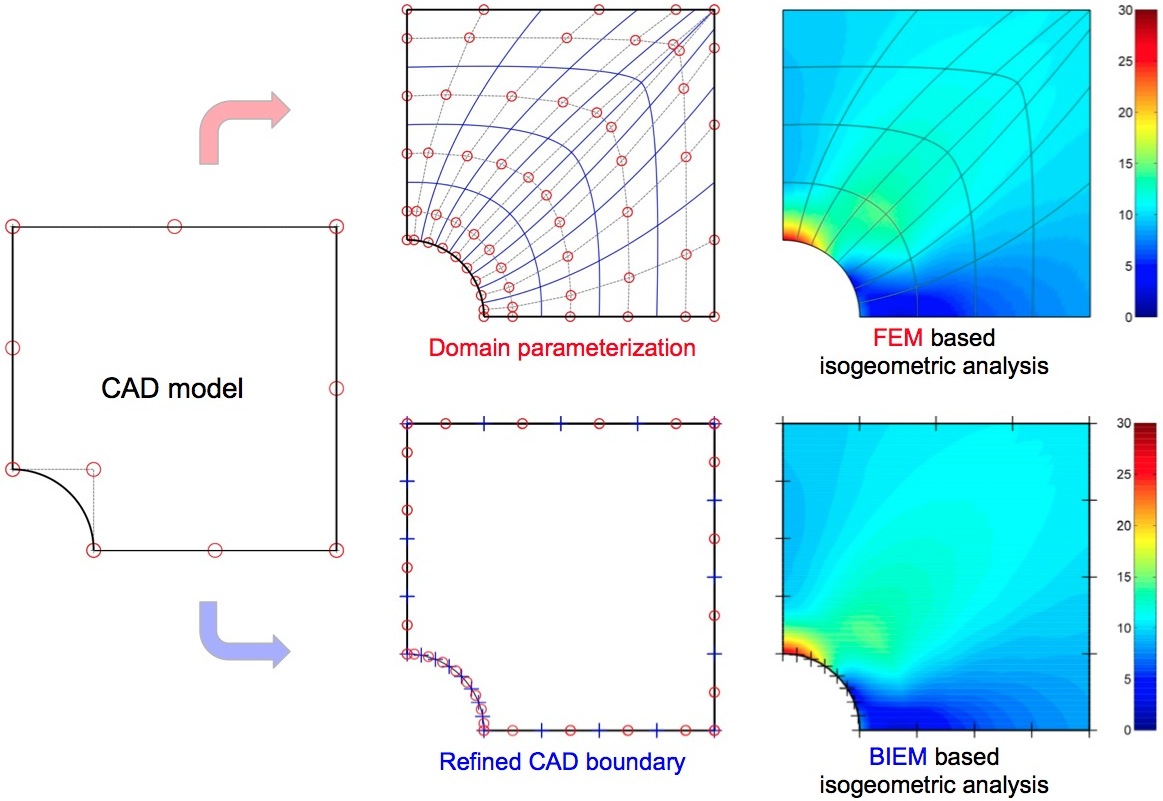 Most CAD systems store geometry data in the Boundary Representation (B-Rep) format and in the NURBS form, which means the NURBS boundary representation of CAD models come for free in the context of CAD environment. The traditional isogeometric analysis (IGA), a.k.a the Finite Element Method (FEM) based IGA, will have to deal with the tedious process of "Domain parameterization". To overcome this efficiency bottleneck, we utilize the Boundary Integral Equation Method (BIEM) and focus on the already existing NURBS boundary only, namely the BIEM baed IGA. Experiments show BIEM based IGA completely circumvents the expensive intermediate domain operations while achieving the same if not superior analysis results.

Despite the performance improvements due to choosing NURBS basis functions over Lagrange polynomials, analysis framework using Finite Elements (FEM) is unable to avoid the expensive domain parameterization. Since CAD models are represented by boundaries (B-Rep) in NURBS, we explore the Boundary Integral Equation Method (BIEM) based isogeometric analysis, which requires only the NURBS boundary. Analysis examples show further computational advantage of BIEM-IGA to FEM-IGA, and the proposed techniques are also utilized for shape optimization.

We are very thankful to the National Science Foundation for the following grants: 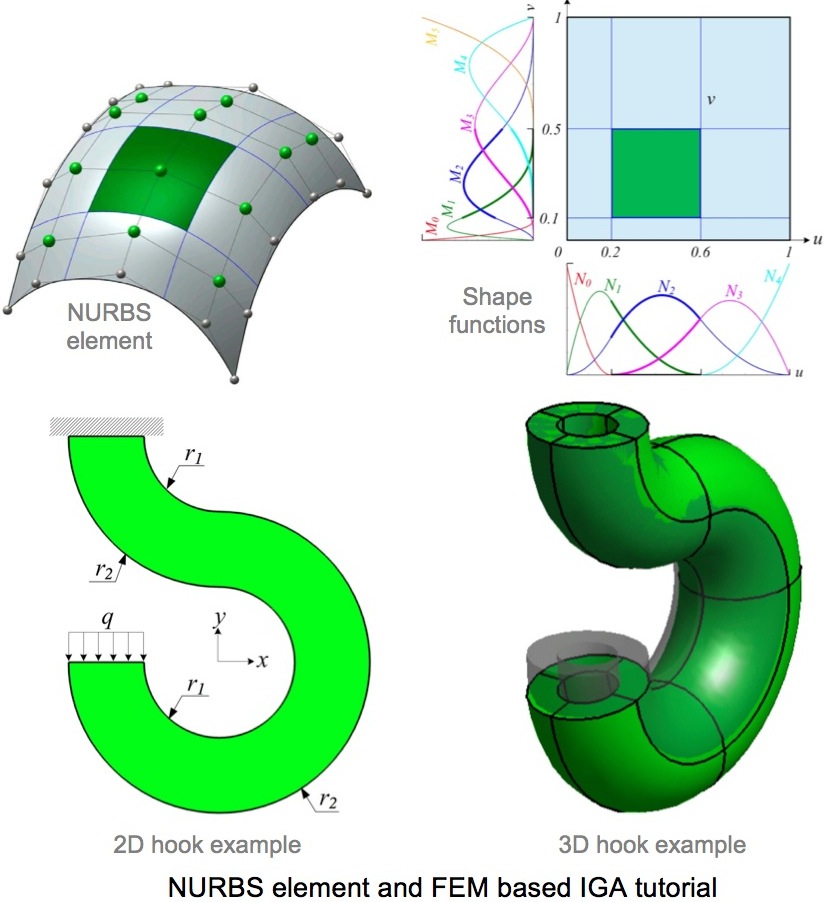 In order to better understand the concept of "isogeometric analysis", we provide illustrations of NURBS, and its difference from Lagrange polynomial as basis functions in the parameter/physical domain. In addition, we present a lightweight example (2D hook) to walk the readers through all the steps with hand calculation for the FEM based isogeometric analysis. The details on working with NURBS geometry/finite elements, basis functions, stiffness matrix, Dirichlet/Neumann boundary conditions are available in the tutorial below.
Tutorial (3.5MB) 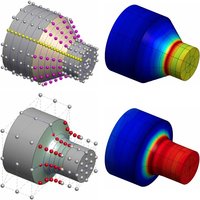