Journal of Computing and Information Science in Engineering, 11(3), 2011 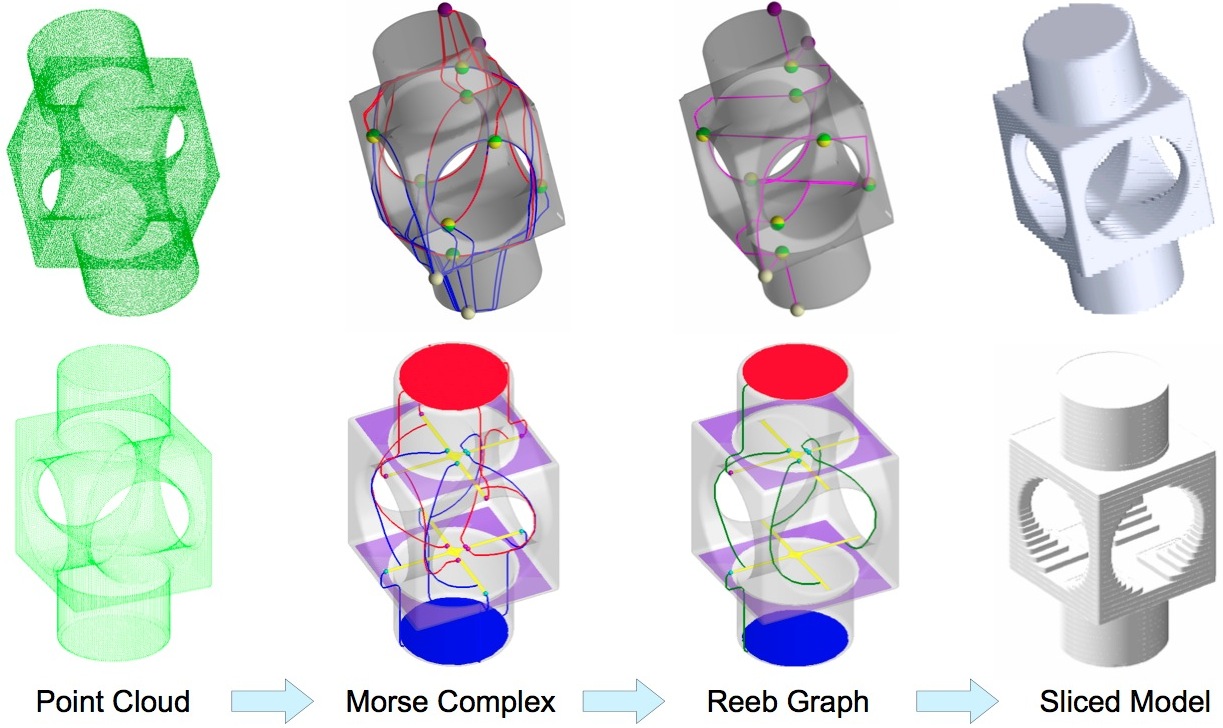 Proposed slicing pipeline applied point cloud "block": the Morse-Smale Complex and the enhanced Reeb Graph provide topological guidance for the slicing contour(s) on each layer. The slightly tilted orientation in the first row leads to non-degenerate Morse critical points, whereas the upright orientation in the second row results in a degenerate maximum area (red) and a degenerate minimum (blue). 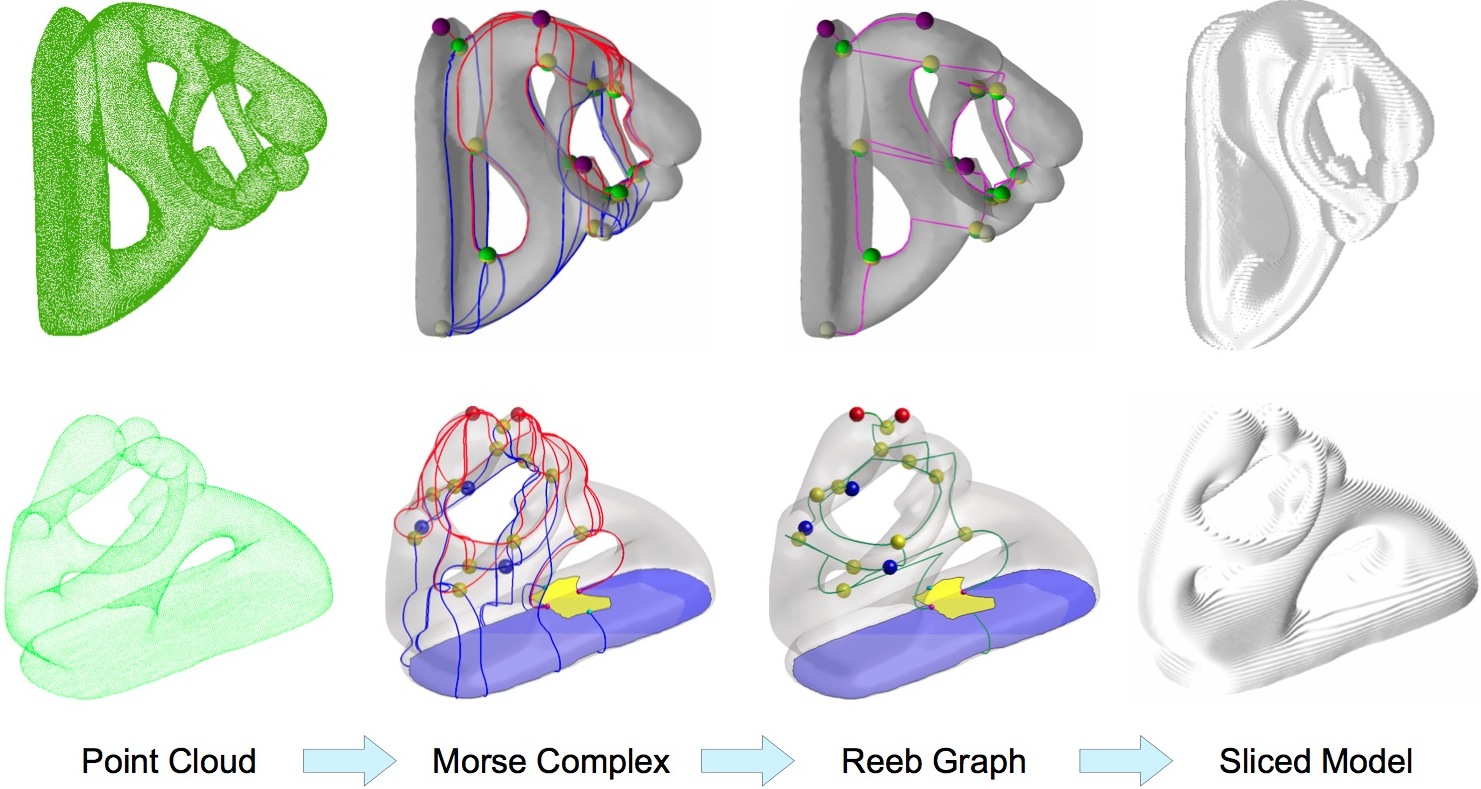 Growing use of massive scan data in various engineering applications has necessitated research on point-set surfaces. A point-set surface is a continuous surface defined directly with a set of discrete points. This paper presents a new approach that extends our earlier work on slicing point-set surfaces into planar contours for rapid prototyping usage. This extended approach can decompose a point-set surface into slices with guaranteed topology. Such topological guarantee stems from the use of Morse theory based topological analysis of the slicing operation. The Morse function for slicing is a height function restricted to the point-set surface, an implicitly defined moving least-squares (MLS) surface. We introduce a Lagrangian multiplier formulation for critical point identification from the restricted surface. Integral lines are constructed to form Morse-Smale complex and the enhanced Reeb graph. This graph is then used to provide seed points for forming slicing contours, with the guarantee that the sliced model has the same topology as the input point-set surface. The extension of this approach to degenerate functions on point-set surface is also discussed.